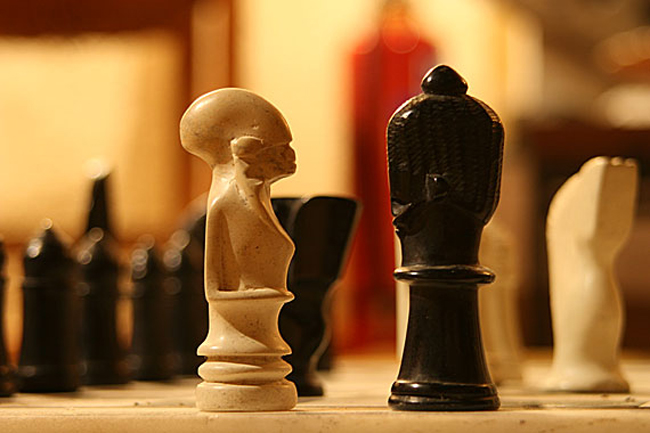 There is not a clear definition to the question “What is Chess?”

For many people chess is just a simple board game requiring strategic skills, of which after a while you may be bored.

Is it a sport?

Chess has been recognised as a sport by the International Olympic Committee since 1999. But this is not the only reason that Chess can be characterised as a sport. Chess is competitive and the players need to fully concentrate for up to five hours. One lapse of concentration and suddenly a good position is transformed into a losing one. A chess tournament clearly requires good physical condition. As the stress and tension builds up, blood pressure, pulse and respiration rates all increase. It is well known that many of the top chess players have nutritionists and fitness coaches and as world champion Magnus Carlsen said Chess definitely is a sport.

Marcel Duchamp on 30 August 1952 in an address to the New York State Chess Association stated that Beauty in chess is closer to beauty in poetry; the chess pieces are the block alphabet which shapes thoughts, and these thoughts, although making a visual design on the chessboard, express their beauty abstractly, like a poem. Actually, I believe that every chess player experiences a mixture of two aesthetic pleasures: first, the abstract image akin to the poetic idea of writing; secondly, the sensuous pleasure of the ideographic execution of that image on the chessboard. From my close contact with artists and chess players, I have come to the personal conclusion that while all artists are not chess players, all chess players are artists.

Richard Feynman, an American theoretical physicist, who won the Nobel Prize in Physics in 1965, explains that the scientific process is analogous to discovering chess (published in Metamerist ). In another article (published in Chessbase), the Greek physicist Ioannis Halkias describes some laws of physics and maths that also apply to chess. Indeed, the way we study chess is exactly the same as the way we study other sciences.

In conclusion, Chess is all these together; as Tassilo von Heydebrand said Chess is a sport which is in its essence a game, in its form an art, and in its execution a science.